Colonel Hans Von Luck, commander of the 125th Panzer Grenadier Regiment, stewed while waiting for permission to move his unit to counterattack the British forces in Benouville and Le Port. It would violate direct orders if he moved his unit, but he rightly feared this was the invasion of Europe. It was, however, within his power to conduct a reconnaissance of the area, so at 0330 hours he ordered the 8th Heavy Grenadier Battalion to move into Benouville and “recon” the area.
Attacker: German (Schwere Grenadier Bataillon 8, Panzer Division 21)
Defender: British (7th Battalion, 5th Regiment, 6th Airborne Division) 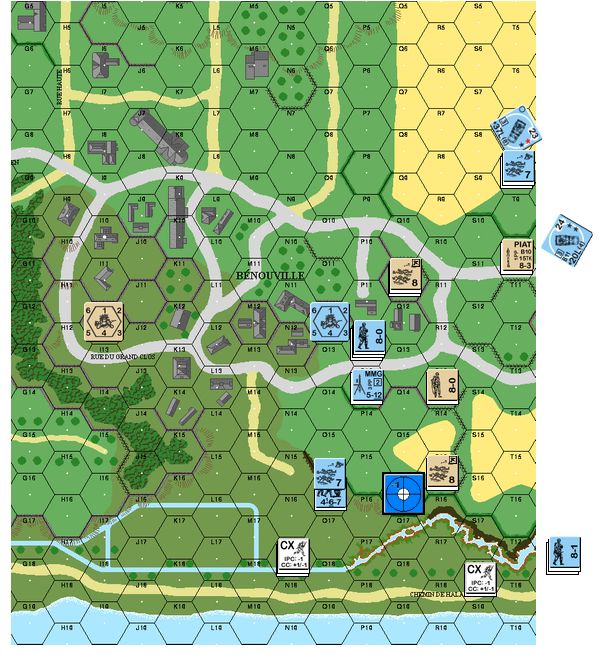