One of the few American units that accomplished their D-Day missions was a single platoon from the 5th Ranger Battalion. When the 5th Rangers approached the beach, it looked like their day would be a very long one indeed. landing just east of the kill zone in front of Vierville, Lt. Charles Parker's platoon of Company A Rangers quickly dashed to the edge of the bluffs, climbed then, and then helped tale out Wn 71. In a hurry to get to the Rangers' rally point 400 yards south of Vierville, Parker led his 1st Platoon inland so fats that he missed an order to hold up and reorganize near the crest. Moving through fields and orchards infested with Germans, 'Ace' Parker pushed hard. When one of the other officers was wounded, the thin line of Rangers were broken. They pressed on to reach Ormel Farm, where they found Lt. Parker's 116th Infantry holding on. Ace kept moving, the Rangers growing increasingly apprehensive as they made their way through the claustrophobic bocage country. Suddenly German fire opened up from every direction. . .
Attacker: German (916th Infantry Regiment)
Defender: American (5th Ranger Battalion) 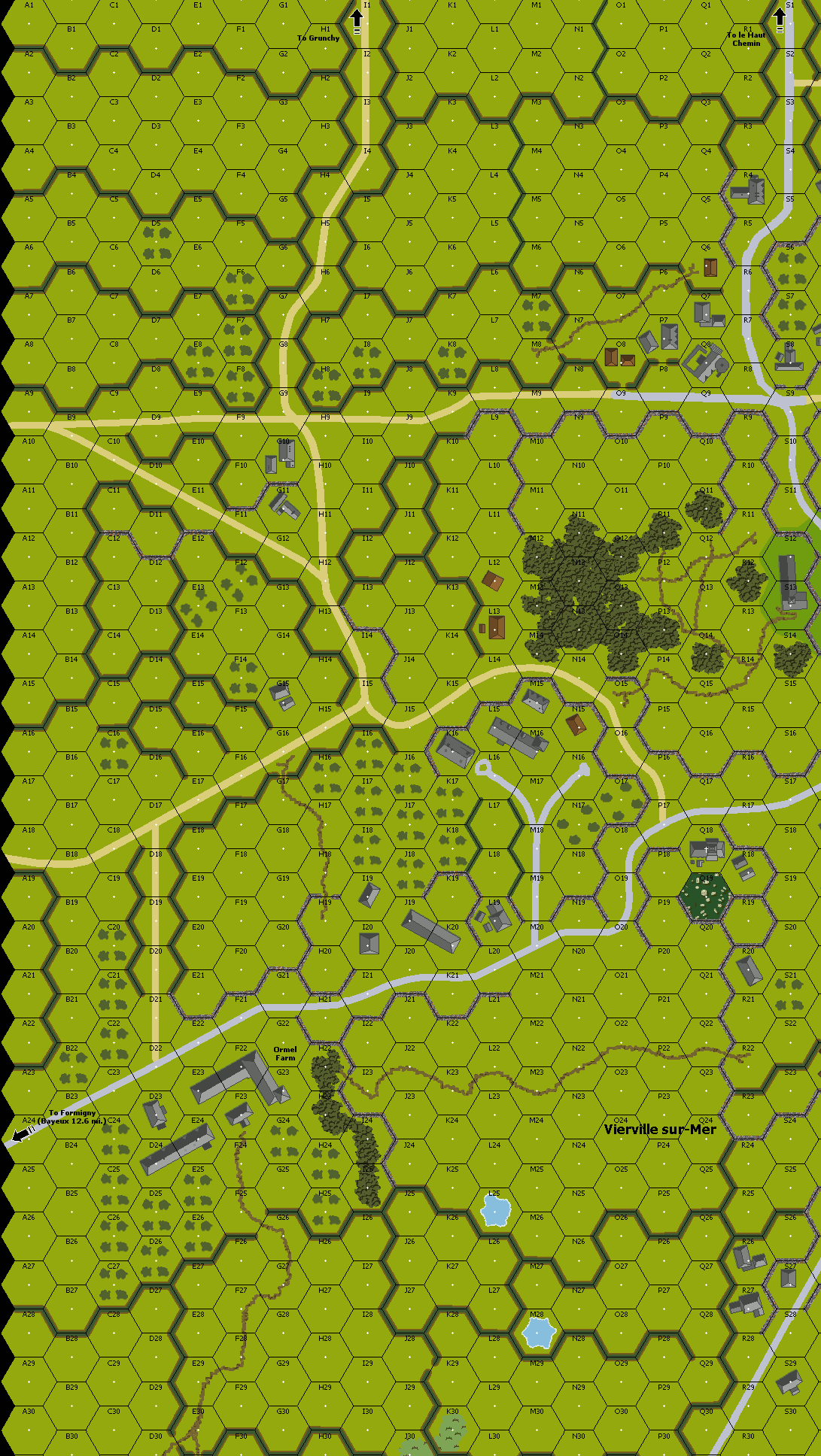